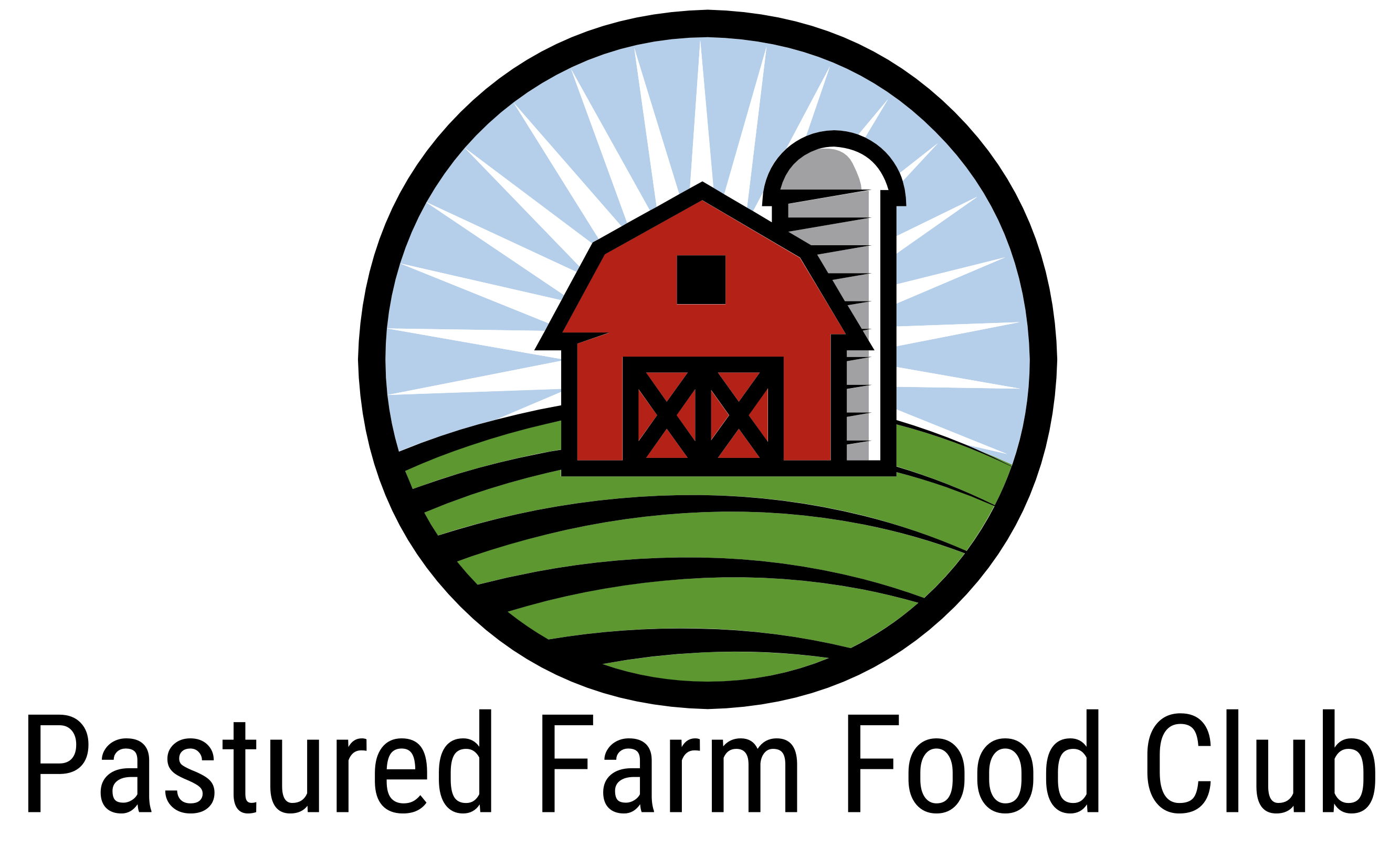 A Little About Our Raw Milk

What is Raw Milk?

Raw Milk is a completely different food than most know from the white fluid we are used to buying at the grocery store. Raw Milk is in fact never white, but has a nice creamy color and in the spring through autumn, when the cows are foraging on fresh and rapidly growing grass, the color of milk actually resembles a rather orange hue.” Real MILK is milk that comes from pastured cows, that contains all the fat and has not been processed in any way—it is raw and un homogenized.”

The ideal raw milk is taken straight from animals fed only fresh, chemical-free green grass, rapidly cooled to somewhere around 36-38 degrees F., and bottled. That’s it. No processing, just cooling. Raw Milk is rich in nutrients and enzymes and good bacteria what – believe it or not – is actually good for us. Milk from grass-fed cows has amazing properties, one of which is the presence of naturally produced antimicrobials in solution. Another is the production of a beneficial fatty acid known as CLA, short for Conjugated Linoleic Acid.

Raw Milk is active and ALIVE with all the Enzymes and protective beneficial, immune boosting properties intact.

Is it safe to drink raw milk?

Real milk that has been produced under sanitary and healthy conditions – as it is on our Miller’s Organic Farm – is a safe and healthy food. It is important that the cows are healthy (tested free of TB and undulant fever) and do not have any infections (such as mastitis). The cows should be eating food appropriate to cows, which is mostly grass, hay or silage, with NO amount of grain. The milk should be full-fat – as many important anti-microbial and health-supporting components are in the fat. The cows should be milked under sanitary conditions and the milk chilled down immediately.

How long will raw milk keep?

When kept at the optimal temperature of 36-38° F. (2.2-3.3°C.) you can expect fresh raw milk to last from 7-10 days, or longer. Higher temperatures allow the normally occurring lactobacilli to get busy making lactic acid, which gives soured milk its characteristically tangy taste. Raw Milk never putrefies due to its natural enzymes – pasteurized milk has no enzymes left for protection and thus, pasteurized milk will not clabber safely on your kitchen counter.

Can raw milk be used in cooking?

Ideally, NO. The whole idea behind not pasteurizing milk straight from the cow is to preserve the delicate bioactive factors it contains. When heated to cooking temperatures or poured into coffee or tea close to the boiling point, you’re effectively pasteurizing it and thus depriving yourself of the beneficial enzymes, immunoglobulins and other factors it contains, as well as increasing its allergenicity. Hi-speed blending can physically damage raw milk as well, so if you like smoothies, puree the other ingredients first, then stir in the raw milk.

Is it okay to freeze raw milk?

Depending on who you ask – freezing raw milk has either ‘no appreciable effect’ on nutritive value, or it substantially impacts flavor, texture and consistency. We can attest for the off-taste and altered mouth-feel. To us, frozen is a poor substitute for fresh.

One study found vitamins B-6 and C levels reduced by freezing, another noted disruption of fat globules (probably the reason taste is altered), hydrolysis of triglycerides and decreased linoleic and linolenic fatty acid levels. There is fairly general agreement that the longer it remains frozen, the greater the loss of bacterial inhibiting ability. But whether all that adds up to detrimental? Good question.

We find freezing tantamount to processing because the thawed product differs significantly from that straight out of the cow. We don’t think it’ll hurt you, assuming it came from clean, grass-fed animals, but for us, fresh is much more preferable than frozen, if only from an enjoyment standpoint.

How safe is raw Milk?

No website about raw milk would be complete without a discussion of bacteria, both good and bad. And that’s a key point. Not all bacteria are bad characters. (Above, Lactobacillus brevis, one of the good guys…)

The news is full of Salmonella and E. coli outbreaks these days. No food seems to be immune. What is generally swept under the rug in discussions about raw milk, however, is the protection given by lactic acid-producing bacteria normally present.

In what microbiologists call the principal of Competitive Exclusion, non-pathogenic bacteria like, say, Lactococcus lactis, can actually limit or kill bad bugs like Listeria monocytogenes, responsible for hundreds of illnesses yearly.

It seems lactic acid is really hard on the germs that can make us sick if their numbers get too high. Nice system!

But make no mistake, ANY food can be contaminated. It usually boils down to how it was produced, handled and packaged. (Certainly, low quality raw milk in the mid-1800’s, contaminated with tuberculosis bacilli, had its unwanted share of the limelight).

Lots of variation exists in each of these areas. And besides, not many foods have built-in lactic acid producers policing the neighborhood.Take the pasteurization process, for instance. While it certainly destroys bacteria, good and bad (and thus reduces the potential for infection), it’s far from flawless.

Pasteurized milk still sickens people, and in far greater numbers than the more heavily regulated raw product. The real question ought to be, how are pathogens getting anywhere near cows to begin with.

The Swedes have practically eliminated Salmonella from their herds. At one dairy feeding organic grass to their cows, the very manure is pathogen-free! Raw milk from cows fed  heavy in grain, soybeans  and cottonseed meal, etc., apparently cannot effectively protect itself from pathogenic infection. Everyone agrees, it must be pasteurized.

Heating milk renders its immunoglobulins less capable of bacterial self-defense. With the destruction of its tiny bacterial lactic acid factories and other heat-sensitive anti-microbial substances, it can no longer protect itself as effectively.

To repeat: without the minerals and nutrients from a diet of fresh green grass that millions of years of evolution have coded for, the milk is just not made with the normal bevy of bactericidal ingredients designed by Nature to stifle unwanted microbial growth.

How about Beneficial Bacteria?

Through the process of fermentation, several strains of bacteria naturally present or added later (Lactobacillus, Leuconostoc and Pediococcus, to name a few) can transform milk into an even more digestible food.

With high levels of lactic acid, numerous enzymes and increased vitamin content, ‘soured’ or fermented dairy products like yogurt and kefir (made with bacteria and yeast, actually) provide a plethora of health benefits for the savvy people who eat them. Being acid lovers, these helpful little critters make it safely through the stomach’s acid environment to reach the intestines where they really begin to work their magic. (Like Lactobacillus casei).

Down there in the pitch black, some of them make enzymes that help break proteins apart- a real benefit for people with weakened digestion whether it be from age, pharmaceutical side-effects or illness.

Other strains get to work on fats by making lipases that chop triglycerides into usable chunks. Still others take on the milk sugar, lactose, and, using fancy sounding enzymes like beta-galactosidase, glycolase and lactic dehydrogenase, make lactic acid out of it.

Having lactic acid working for you in your nether regions can be a good thing. Remember? It boosts absorption of calcium, iron and phosphorus, breaks up casein into smaller chunks and helps eliminate bad bugs.

Raw milk is a living food with remarkable self-protective properties, but here’s the kick: most foods tend to go south as they age, raw milk just keeps getting better.

Join us today and enjoy raw milk how nature intended.